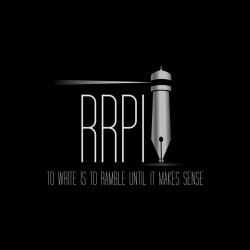 RRPI is a workshop publishing company. We are offering numerous services, from help developing your content to editing, proofreading, formatting, publishing and more. We wish to work with both artists and writers to produce great works of all kinds of literature. From the traditional novel to comics, graphic novels and even animated shorts. We have great plans for short stories and poetry as well. If you are interested in being one of our creators or join our great team, please contact us here or send an email to ahughes@ramrampublishing.com.
3 BOOKS

Calling the Reaper by Jason Pere The time of the Unity has ended. Now, the realm of man is stranded between Paradise and Purgatory. The Valkyrie and Reaper battle over the fate of all who pass from the land of the living and into the afterlife.

Eight mortal spirits from vastly different worlds tread the same, inevitable path toward their last, crucial decision. Within them all exists the defining conflict every man must face—to look upon the end of their life with glory and honor, or to give credence to their baser longings, calling the Reaper to their own demise.

In this rich, harrowing tale of pride, deceit, honor, vengeance, and redemption, each individual must battle their inner turmoil, facing the sacrifices they have made before their unavoidable end in the land of the living.

But their last day in life is also their first day of death amidst the terrors of the underworld. Lord Master Death wants them all…and the real battle has only just begun.

Author Bio:
Jason Pere currently resides in his home state of Connecticut with his darling wife and duo of maniacal felines. He is a renascence man having dabbled in Acting for Film and Theater, Fencing and Mixed Martial Arts, Professional Dorkary and a bevy of other passions before coming to land on writing.

The Purse by Julie A. Burns When Lydia Blackwell visits her dying father for the last time, he reveals the deeply hidden truth about her mother. After the funeral, the stranger Derek Meade gifts her with a gorgeous antique purse. But before she has the chance to connect with the man who knew her father intimately, Lydia finds Derek murdered in his home.

Lieutenant Sonja MacIntosh is assigned to investigate Mr. Meade’s death, but her career on the force never prepared her for Lydia Blackwell. As Sonja works to solve the murder, Lydia takes the greatest risk of her life in leaving Chicago to search for clues to her mother’s past. Their instant attraction surprises them both, but even through the chaos Lydia can’t deny the intensity of her feelings for the strong willed Lieutenant.

Lydia’s possession of the antique purse throws her already chaotic life into a whirlwind of kidnapping, blackmail, vengeful mob bosses, and mind-numbing revelations. Through it all, Lydia must find the strength to accept herself – and those closest to her – despite their darkest secrets.

Born in Marshalltown, Iowa, Julie Burns spent many of the in-between years of her life in that state. Then she lived in Wyoming for six years and fell in love with mountains. Her other identity is working with mentally challenged and/or mentally ill adults.

“I seem to fit in well!” Julie says. “I spend time with people who call me mom, Nana, and ‘hey, you chick.”

As Lydia pulled up to her father’s mansion, she had to stop the memories from flooding her mind or they would overwhelm her. It was time to concentrate on life in the present, and now her father needed her. Lost in her own memories, Lydia didn’t hear the knock on the window. Startled, she jumped in her seat and rolled down the window when she noticed Jackson standing on the other side.
“I’m sorry, Miss Lydia. I didn’t mean to frighten you. Apparently, you were far away,” he told her.
“Oh, hello, Jackson...yes, far away in another place and another time. How is he?”
Jackson Taylor had been employed with the Blackwells for thirty-five years and had been there to watch Lydia grow into a beautiful young woman. “He’s not well, honey, not well at all. I think the end is near,” he stated in a faint whisper.
“I see you have his favorite vest on today, Jackson. He would love that.” Lydia gave Jackson a knowing smile because she knew how Jackson adored her father, and the feeling was mutual. Jackson’s distinguished looks made him appear like he was born to be a butler, but William Blackwell didn’t like the formalities of uniforms. Jackson was six-foot-two and in great shape for all of his sixty years. He had salt-and-pepper hair with more salt than pepper, a neatly trimmed mustache, and a deep, raspy voice. He always wore black dress pants, a button down white shirt, and a different vest every day. That was his trademark. The gold vest he wore today was William’s favorite, and Jackson wanted to honor him in a small way.
“Thank you, Miss Lydia. I hope so.”
Lydia sighed as she got out of the car and walked into the big brick building with Jackson. As she ventured up the long spiral staircase that led to her father’s room, her heart weighed heavy with memories of her father and his spectacular, yet somewhat mystic, life. When Lydia reached the top of the stairs, a tall man with dark hair came out of her father’s room with tears in his eyes. She’d never seen this man before, but assumed he must have been a business associate of her father’s; it was nice that he cared enough to come by.
The man stopped for a split second, stared into Lydia’s eyes with a look of compassion, and walked by her without saying a word. Down the long hallway, she saw Rosita, the housekeeper and Lydia’s nanny for many years. Rosita was the mother Lydia never knew, and the woman stepped up to Lydia and embraced her tightly.
“He’s been asking for you, child,” she said softly into Lydia’s ear. Rosita Sanchez, now sixty-eight, had been hired all of forty-eight years before by Annabelle Blackwell, the matriarch of the Blackwell family. After a few years, Rosita worked her way up through the ranks to be the one housekeeper upon whom Annabelle depended.
Lydia nodded and walked slowly to her father’s room. As she opened the pasty white door, the smell of sickness overwhelmed her senses.
“Is that you, Lydia?” the weakened voice called out.
“Yes, father, it’s me,” Lydia answered softly, walking to his bedside.
His gaunt appearance shocked her. He was so thin, she barely recognized him. This was not the strong, virile, handsome man she remembered. William Blackwell in his youth had been quite dashing—tall, with thick black hair and a muscular physique. He had bright blue eyes that sparkled when he smiled. Now, the chemo had made him lose all his hair and his cheekbones had sunken in. Hardly the same man.
He quietly motioned for Lydia to sit beside him on the bed. She did as instructed, then gently kissed his forehead and took his hand.
“My darling Lydia, the sweetest girl ever born. So many regrets, my girl. Most of all, I wish I had been a better father to you. You deserved better,” he whispered.
Lydia shushed him. “Father, you did the best you could. I know that and I love you for it,” she reassured him.
William Blackwell shook his head at his daughter and in a hoarse voice continued. “No, no, darling. I must say all I have to say. I realize now that the choices I’ve made for you probably weren’t the best ones. I see your life as it is now, and I want you to make me a promise.”
With tears in her eyes, Lydia nodded and solemnly whispered, “Anything, father. Anything.”
“My angel, I know what you’ve been through, and I know the kind of life you must lead. I love you with all of my heart, and the only thing that matters is your happiness. Promise me...never, never be ashamed of who you are or even...” William Blackwell paused to take his oxygen tube off, then looked Lydia deep in her eyes. “Or even who it is that you love. Trust me, child, I know.”
Taken aback by her father’s words, Lydia briefly wondered if he did know. After the many years of being secretive about her life and who she was...could he have possibly known all along? Lydia searched for words, but there were none.
“Lydia,” he began, but was interrupted by a violent fit of coughing. Lydia placed his oxygen tube back on her father’s face and gave him a few sips of water before he continued. “Lydia, there are so many things I should say...about your mother.” His breathing suddenly became erratic, puffing out in short bursts. “Your mother...she’s alive.”
In one instant, William’s breathing stopped and his hand slipped from Lydia’s grasp. His eyes closed and there was nothing but silence in the room. William Blackwell was gone.